100 years since the birth of Alexander Dubček

November 27, 2021 marks 100 years since the birth of Alexander Dubček. He was a Slovak politician who served as the First Secretary of the Presidium of the Central Committee of the Communist Party of Czechoslovakia (KSČ) (de facto leader of Czechoslovakia) from January 1968 to April 1969.

Dubček supported the concept “Socialism with a human face”, a loosening of communist restrictions on freedom. Some reforms that blossomed under his rule included relaxing media censorship and allowing citizens more opportunities to travel. This era was called the “Prague Spring.” Soviet leaders were wary of the direction Czechoslovakia was taking and feared that other nations in the Soviet Bloc would follow suit. As a result, Czechoslovakia was invaded by the other Warsaw Pact countries on August 21, 1968, ending the Prague Spring. Dubček was forced to resign in April 1969 and was succeeded by Gustáv Husák, who initiated normalization. Dubček was then expelled from the Communist Party in 1970.

After the Velvet Revolution, on November 24, 1989, Alexander Dubček was with Václav Havel on a balcony on Wenceslas Square, where he was greeted with chants “Dubček na hrad!” (“Dubček to the Castle”—i.e., Dubček for President). Dubček was elected Chairman of the Czechoslovak Parliament in December 1989 and re-elected in 1990 and 1992. In 1992, he became leader of the Social Democratic Party of Slovakia.

Dubček was injured in an automobile accident on September 1, 1992 and died on November 7, 1992. He is buried in Slávičie údolie cemetery in Bratislava, Slovakia.

Our exhibition, “Treasures of Slovakia”, features Alexander Dubček’s eyeglasses. Come in to see a piece of Slovak history! 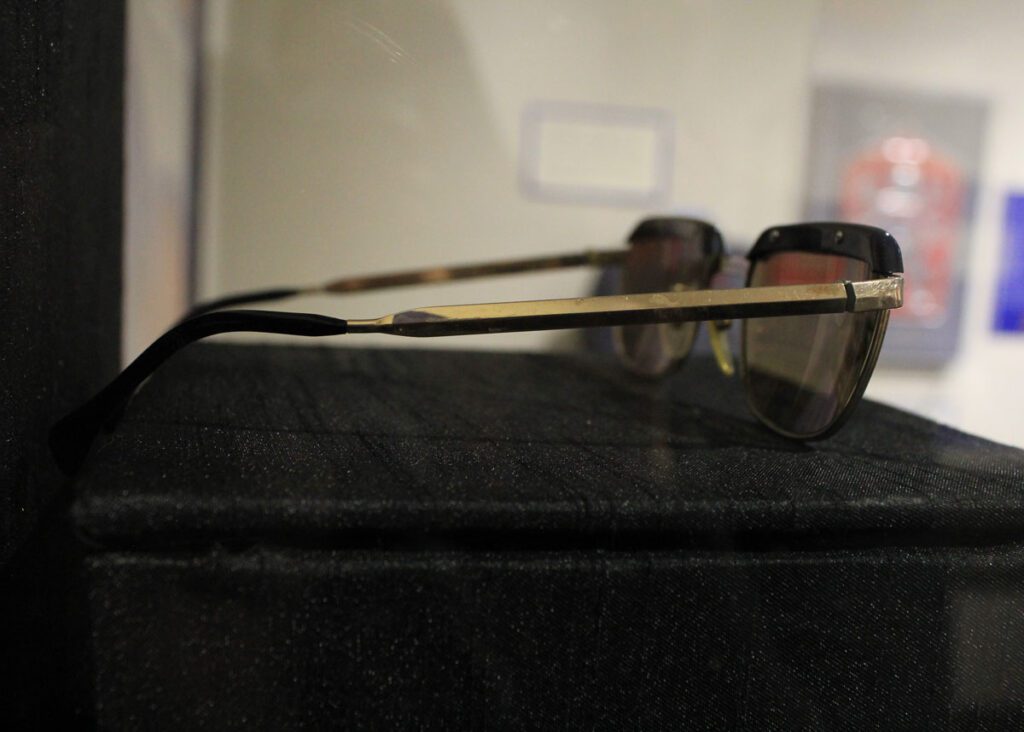