This event will occur Wednesday, November 9.

A graduate of the Academy of Performing Arts in Prague, mezzosoprano Ester Pavlů was introduced as Fenena in Jose Cura’s 2017 production of Verdi’s Nabucco at the National Theatre in Prague. Pavlů portrayed the Old Woman in the world premiere of Martinů’s What Men Live By, which received the Anděl award for best classical recording of 2018. In 2019, she joined a triumphant UK tour of Mahler’s Symphony No. 3 with the FOK Prague Symphonic Orchestra, and received a standing ovation as Cinderella in Rossini’s La Cenerentola. In 2021 she excelled in Dvořák’s Rusalka, singing both the Foreign Princess and Witch.

In the 2022/2023 season, Ester Pavlů appears as Carmen in the same-name Bizet’s opera and as The Queen in Weinberger’s Schwanda the Bagpiper in the Prague National Theatre; a year later she will sing Santuzza in Mascagni’s Cavalleria Rusticana.

Winner of several national and international competitions, Barbora Kubíková is one of the most talented Czech guitarists of her generation. She started to play the classical guitar at the age of six, led first by Zlata Paulová and then by Pavel Steffal. In 2019, she graduated from Patrick Vacík’s class of the Conservatory České Budějovice. Since then, she has continued her studies at Hochschule für Musik Franz Liszt in Weimar, Germany, in the class of maestro Ricardo Gallén, and privately with the world-famous Argentinian singer and maestro, José Cura, himself an ex-guitarist.

As a soloist, she has performed with many of Czech leading orchestras (Prague Radio Symphony Orchestra SOČR, South Czech Philharmonic, Orchestra of South Bohemian Theatre, West Bohemian Symphony Orchestra, North Czech Philharmonic). She has also performed several times in the most prestigious Prague concert halls: Dvořák Hall of the Rudolfinum and at the Smetana Hall of the Municipal House. In April 2022, she made her US debut in Bloomington, Indiana during the 11th Indiana Guitar Festival and Competition. 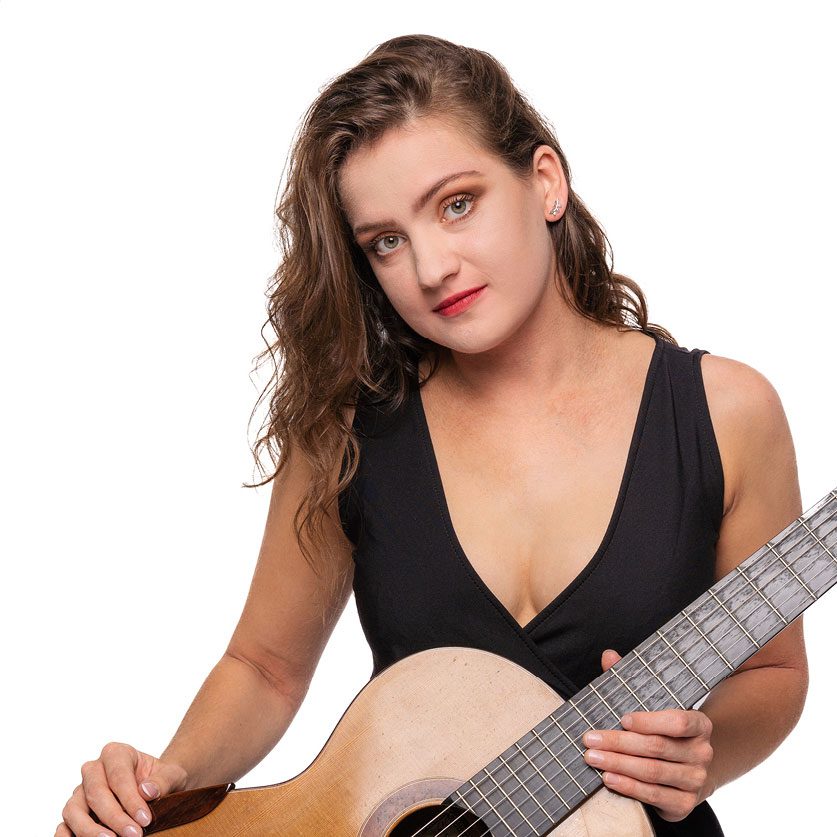