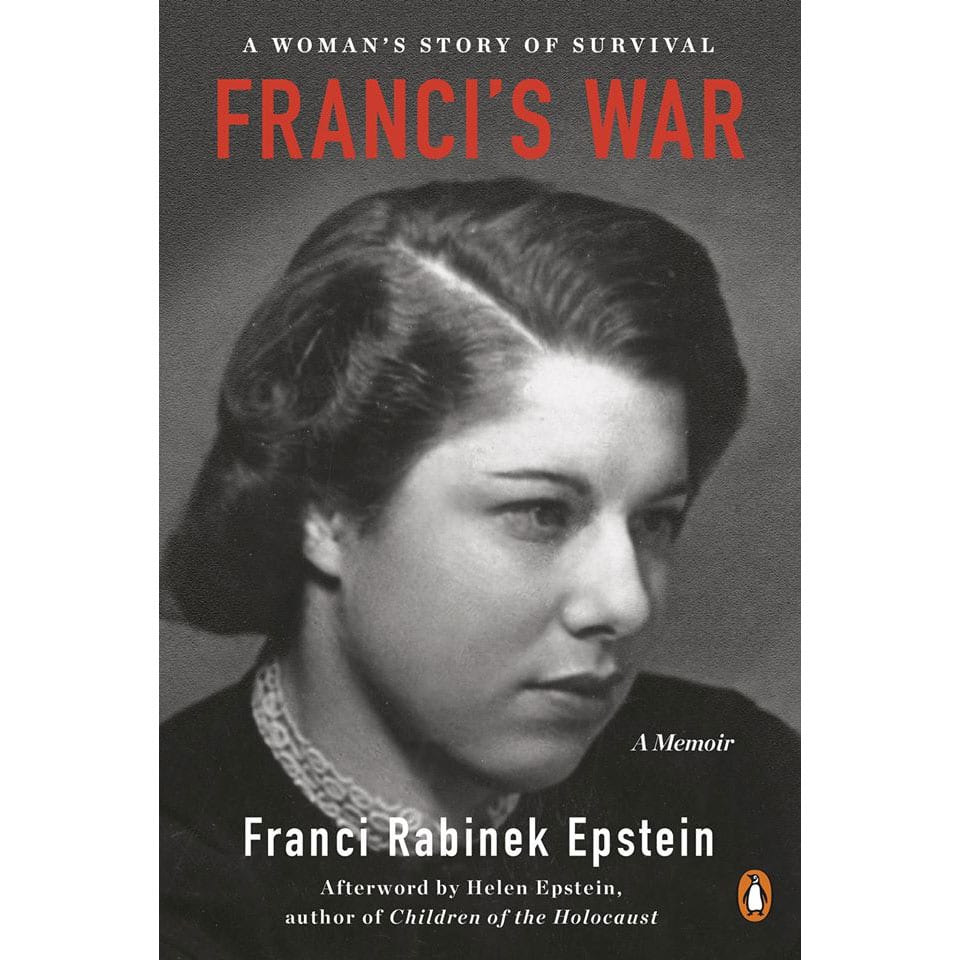 Franci’s War: A Woman’s Story of Survival is an engrossing memoir of a spirited and glamorous young fashion designer who survived World War ll.

In the summer of 1942, twenty-two year-old Franci Rabinek–designated a Jew by the Nazi racial laws–arrived at Terezin, a concentration camp and ghetto forty miles north of her home in Prague. It would be the beginning of her three-year journey from Terezin to the Czech family camp in Auschwitz-Birkenau, to the slave labor camps in Hamburg, and Bergen Belsen. After liberation by the British in April 1945, she finally returned to Prague.

Franci was known in her group as the Prague dress designer who lied to Dr. Mengele at an Auschwitz selection, saying she was an electrician, an occupation that both endangered and saved her life. In this memoir, she offers her intense, candid, and sometimes funny account of those dark years, with the women prisoners in her tight-knit circle of friendsFranci’s War is the powerful testimony of one incredibly strong young woman who endured the horrors of the Holocaust and survived. Part of our Stitching History from the Holocaust exhibition programming, this program is presented by Franci’s daughter, Helen Epstein. Helen Epstein is the author, co-author or translator of ten books of literary non-fiction, starting with Children of the Holocaust (1979), one of the first books to examine the inter-generational transmission of trauma. Her most recent book is the memoir The Long Half-Lives of Love and Trauma (2018).

Cost: Free virtual program, registration required.
This event is subject to change. Be sure to check back for the most up-to-date information closer to the event date.

For additional information, need assistance, or an accommodation for any ticketed programs or RSVP events, please contact Sarah Henderson at: 319-362-8500 ext. 231 or email shenderson@ncsml.org.