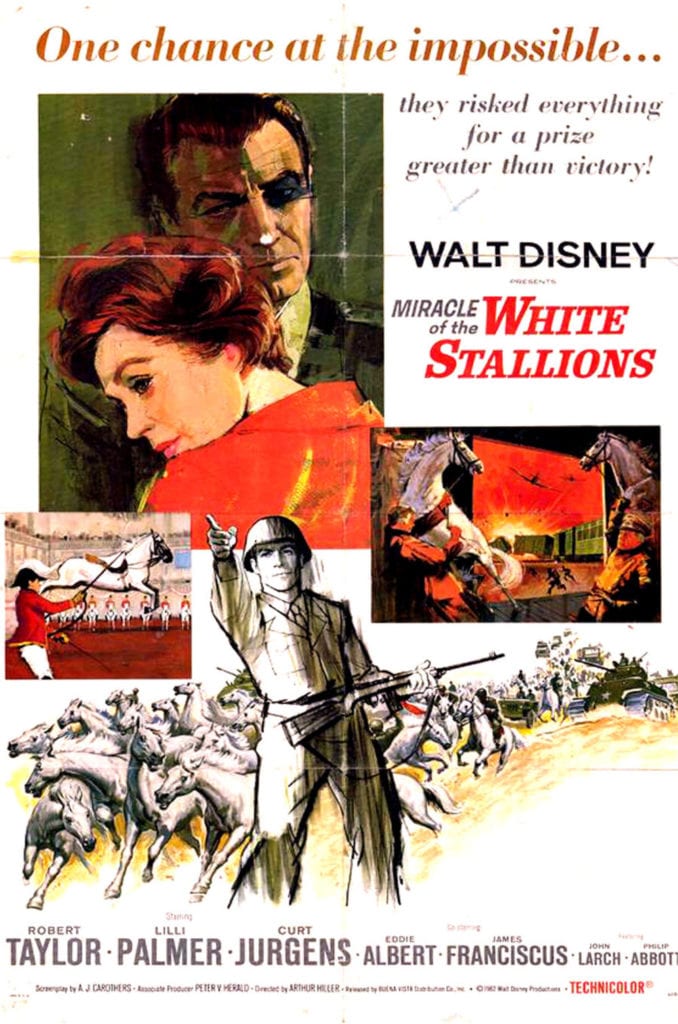 VE Day’s 75th Anniversary is May 8 this year, join us in commemorating this historic event with a film screening for all ages. Victory in Europe Day, generally known as VE Day or V-E Day, or simply as V-Day, is a day celebrating the formal acceptance by the Allies of World War II of Nazi Germany’s unconditional surrender of its armed forces on May 8, 1945.

Based on the autobiographical novel The Dancing White Horses of Vienna by Alois Podhajsky, Miracle of the White Stallions tells the true story of the evacuation of the Lipizzaner horses from the Spanish Riding School during World War II. Not rated, 117 minutes.