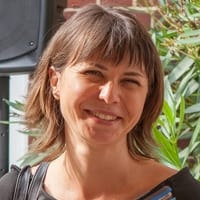 The talk introduces Dr. Marta Filipová’s latest book that traces the influence of the changing political environment on Czech art, criticism, history, and theory between 1895 and 1939, looking beyond the avant-garde to the so-called peripheries of modern art. The period is marked by radical political changes, the formation of national and regional identities, and the rise of modernism in Central Europe – specifically, the collapse of Austria-Hungary and the creation of the new democratic state of Czechoslovakia. The monograph studies the way in which narratives of modern art were formed in a constant negotiation and dialogue between an effort to be international and a desire to remain authentically local. Dr. Filipová’s talk will focus on these issues and consider art as an important player in the construction of local identities in the Czech speaking lands before WWII.