Experience Corelli, Franck, and more as played by the spectacular Slovak violinist Filip Pogády. He will be accompanied on piano by the equally talented Anna Vasilyeva. You won’t want to miss this unforgettable concert at the NCSML! A cash bar is available. 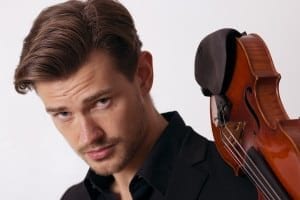 Filip Pogády is one of the most promising violinists of his generation and praised by the press for the beauty of his tone and his “lightning-like virtuosity”. He has earned a reputation for performing a wide range of music across the genres, from the classical violin repertoire to Rock and Electronic.

Filip Pogády gave his solo debut with orchestra at the age of 11 at the Wiener Konzerthaus in Vienna after winning the 1st prize at the Tsusuki Violin Competition as the youngest contestant.
He participated three times at Austria’s nationwide music competition “Prima la Musica” and won the 1st prize each time. He was also honored with special prizes by the Austrian String Society and the Raiffeisen Bank for extraordinary results at this competition.

Since then he has performed in concert venues such as the Rudolphinum Prague, Wiener Konzerthaus, Slovak 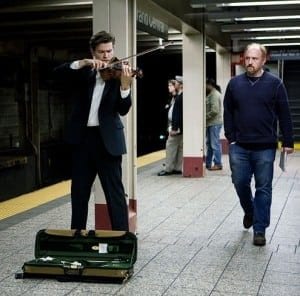 Philharmonic Hall, Tel Aviv Opera House, Brucknerhaus Linz, Ed Sullivan Theater and the Apollo Theater.
Pogády gave his solo debut with the Slovak Philharmonic Orchestra at age 17 and has played with this orchestra regularly since. Collaborations with other orchestras include the Prague Chamber Orchestra, Bohemia Symphony, Konzertverein Linz and Vienna Conservatory Orchestra.TV appearances include the “Late Show” with David Letterman and a guest appearance on Louis CK’s popular TV-show “LOUIE” where he acted as a subway violinist.
[two_col_50_50_col1] [/two_col_50_50_col1] [two_col_50_50_col2]

As a firm believer that music should be available to everyone, Filip Pogády joined Yehudi Menuhin’s “Live Music NOW!” Foundation, which is dedicated to bring music to orphanages, nursing homes, prisons and hospitals. Pogády has played over 20 recitals for “Live Music NOW”. Pogady decided to take this concept to the next level and has been performing the Sonatas and Partitas by J.S.Bach in the New York City subway throughout his studies at the Manhattan School of Music until present. “Most of these people have never heard this kind of music before, and yet it touches them on a basic human level, because this music is just SO good”, he says.

Pogády’s insatiable curiosity for music has led him beyond the borders of classical music. As a fan of Rock and Metal music, he decided to enjoy it not just as listener, but to play it on a 7 string electric violin himself. Filip’s first electric performance took place at his Graduation Recital where he played his own “Metallica-Medley” as an encore. Besides playing music by other bands, Pogády also writes his own music.

After being invited by Pinchas Zukerman personally to study with him, Filip Pogády followed his advice and earned his Master’s Degree in Violin Perfomance at the Manhattan School of Music, where he was awarded a full scholarship.

Born in Bratislava (Slovakia), Filip moved with his family to Austria as a child and began his violin studies at age 7. Just one year later he was admitted to the Bruckner Conservatory Pre-college in Linz. He gave his first recital at age 10. 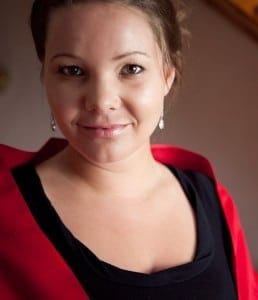 A multifaceted musician, New York- based pianist Anna Vasilyeva has appeared in a wide range of venues, from New York’s Lincoln Center to Rimsky-Korsakov’s Grand Concert Hall in her native Saint Petersburg, Russia. International critics have praised Anna “with a mastery of technique and beautiful sound” (Roberto Codazzi, Cremona, Italy). She is also recognized as an accomplished collaborative artist, a teacher and chamber musician. In February of 2014, Anna turned 29 and was offered a position on the Piano Faculty at the Mason Gross School of The Arts, Rutgers University to be a part of their vision to engage and develop the classical music audience.

Recently, Anna has recorded music for a film “Spectral Evidence” under the multi-award winning director, David Manocchio. In addition to her performing career, Ms. Vasilyeva holds the position of Executive Director of the Russian Heritage Piano Competition for young pianists held in her native Saint Petersburg, Russia.

Ms. Vasilyeva has held a faculty staff accompanying position at the Oberlin College Conservatory of Music upon graduating, as well as an accompanying fellowships at both, Bowling Green State University, and Cleveland Institute of Music. Throughout her career, Anna has been collaborating with numerous vocalists, instrumentalists and chamber ensembles in Russia, Estonia, Finland, Italy, Greece, and in the United States. She has worked with such renowned musicians as Warren Jones, Monique Duphil, Joseph Kalichstein, Sharon Robinson, Michel Debost, Alex Klein, and others.

Among Anna’s future engagements are performances at the Lincoln Center “Joy In Singing” Festival series in New York , as well as at the Piano Plus International Festival in Athens, Greece. Ms. Vasilyeva received her degrees from Rimsky- Korsakov College of Music, Oberlin Conservatory, Bowling Green State University, and Cleveland Institute of Music.