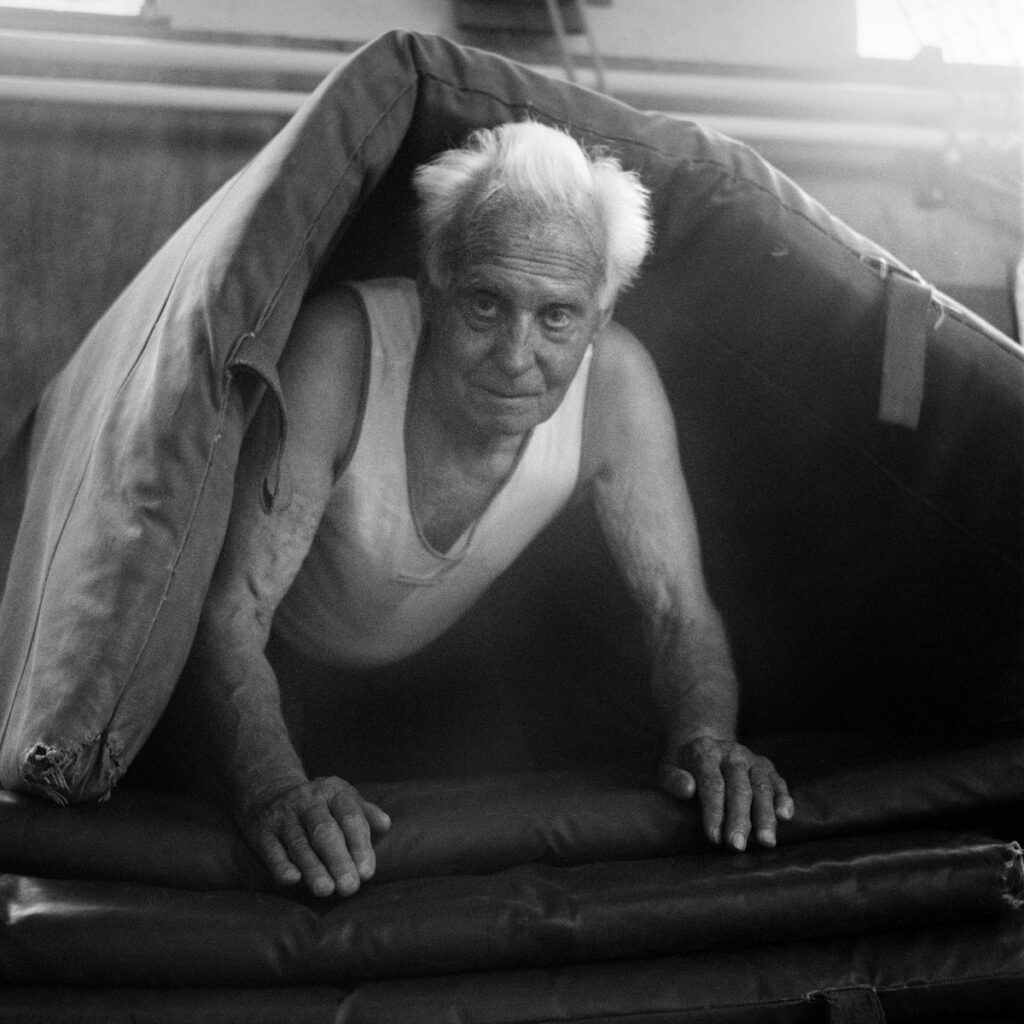 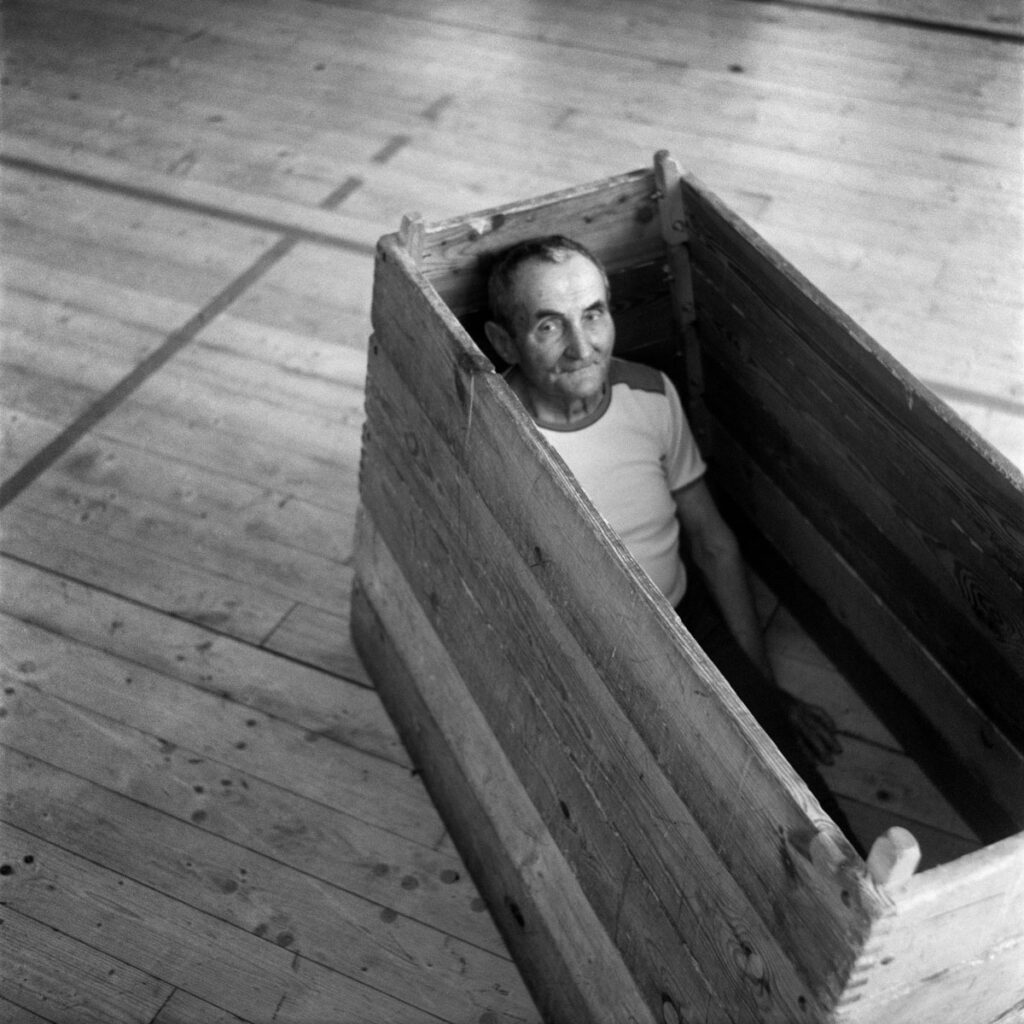 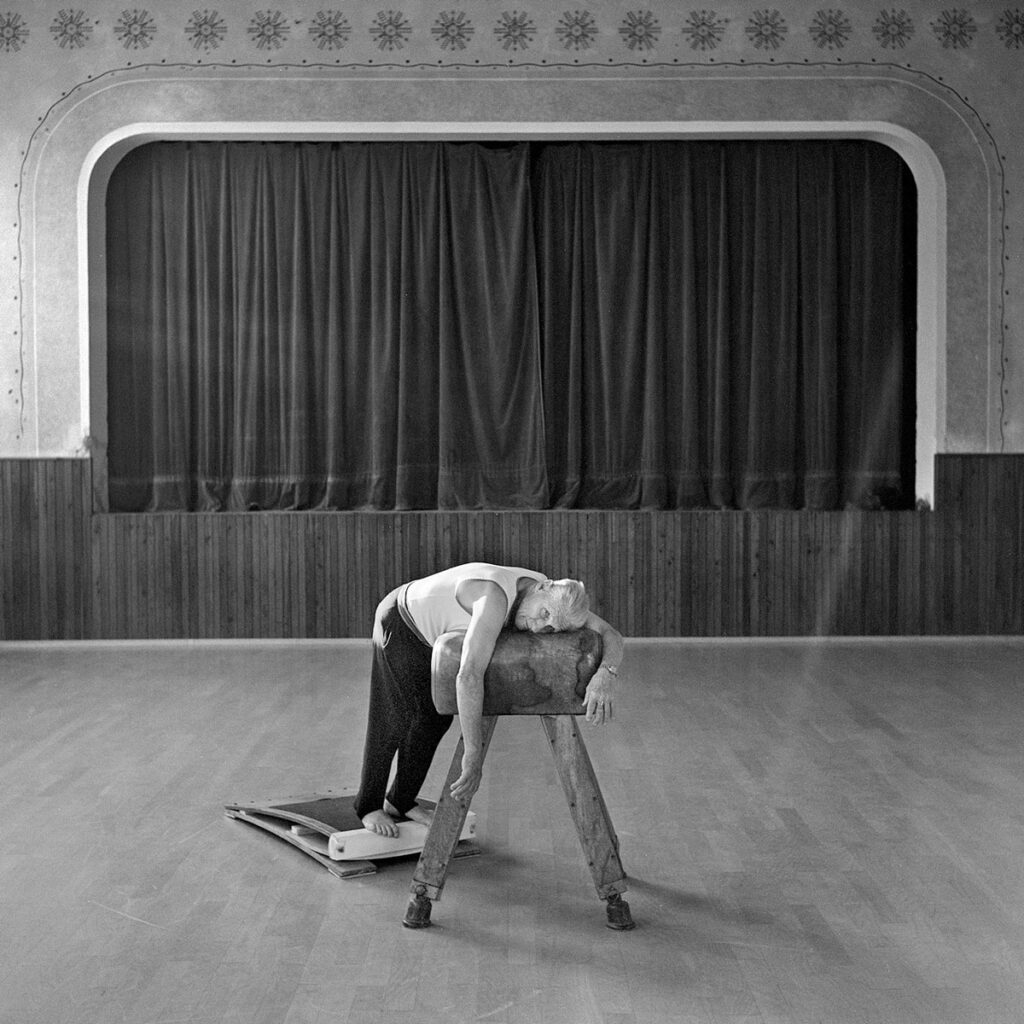 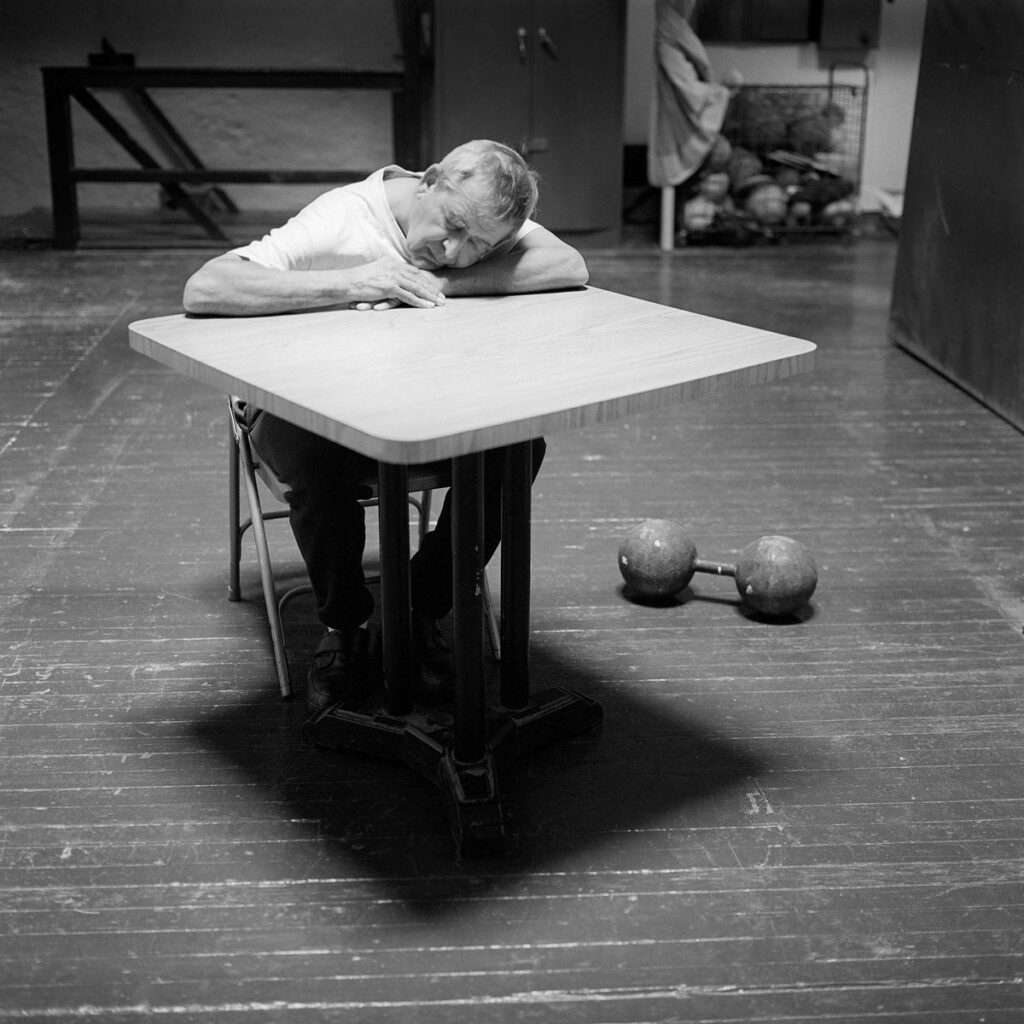 The photographs by Roman Franc in Sokol Loyal Guard show the oldest living members of the Sokol movement from the so-called Loyal Guard of Sokol Brno I and Sokol New York. Many of them have experienced war, exile, difficult conditions in foreign countries, and an undying longing for home.

In the photographs, the aged bodies of former gymnasts assume long-learned poses, in which they suddenly freeze as if they were to stay that way forever. The sports equipment no longer encourages them to be more active, but rather provides them with a shelter, a place to rest or play.

The portraits of old Sokol members capture the energy accumulated over the years, which may no longer reside in the body, but becomes a matter of the spirit. The images evoke emotion, and at the same time, put us numbed by the “easy” times, on guard.

Roman Franc (b. 1983) lives and works in the Czech Republic. Franc studied photography at the Institute of Art Photography of Silesian University in Opava. He splits his time between teaching photography, editorial projects and his fine art career. Franc’s work is exhibited and collected Internationally.