This exhibit features the life and work of George Halas, a first generation Czech-American whose parents immigrated from Bohemia. Born and raised in Chicago, George Halas played a significant role in the formation of the National Football League, and spent time as a player, coach, and owner with the Chicago Bears.

Featured in the exhibit are artifacts and photos from the Pro Football Hall of Fame and the Chicago Bears, including uniforms and footballs from the early Chicago Bears, Dick Butkus’s helmet, and George Halas’s famed fedora.

Visitors can test their football knowledge with an interactive quiz or try some NFL training camp moves. Video screens will feature footage from early games and 1985’s Super Bowl Shuffle. 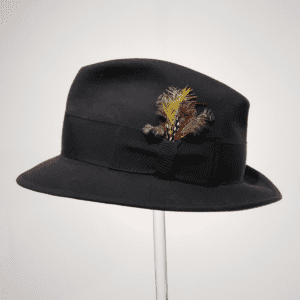 With so many exciting places to visit in Czech Village and Cedar Rapids, your NCSML road trip is bound to be a Touchdown!

Visit the Cedar Rapids page on traveliowa.com to find a place to stay while visiting. Cedar Rapids has hotels for every budget, vacation rentals, bed & breakfasts, campgrounds and more. While there, explore our multitude of cultural attractions to round out your itinerary.

The National Czech & Slovak Museum & Library is located in the heart of Czech Village. The Village is home to wonderful shops filled with Czech glass, clothing, plants, candy and more. Make a stop at Lion Bridge Brewery for a Czech pilsner or grab a bit to eat at one of our delicious restaurants. Take a trek across the river to visit the New Bohemia neighborhood, also filled with local restaurants and shops. Visit The District page at traveliowa.com to see all Czech Village and New Bo have to offer.

We can’t wait to welcome you to “Gridiron Champs” during your one-of-a-kind Touchdown! road trip to Cedar Rapids, Iowa.

Exhibit sponsored in part by BetterLife and Joyce Anderson. Thanks to our Media Partners, Travel Iowa and KGYM.