CEDAR RAPIDS, Iowa – The year 2018 is the 100th anniversary of the end of World War I and of the creation of the nation of Czechoslovakia. On Saturday, April 7, the National Czech & Slovak Museum & Library (NCSML) will open a new original multimedia exhibition titled Guts & Glory: The War Train that Shaped a Nation. It’s the story of how 60,000 Czech and Slovak soldiers stranded in Russia (as the revolution there unfolded) at the end of WW I banded together, seized the Trans-Siberian Railway, fought their way 5,000 miles to the port of Vladivostok and thus provided crucial support for the Allied cause and a key piece to the diplomatic strategy that created a new homeland: Czechoslovakia. 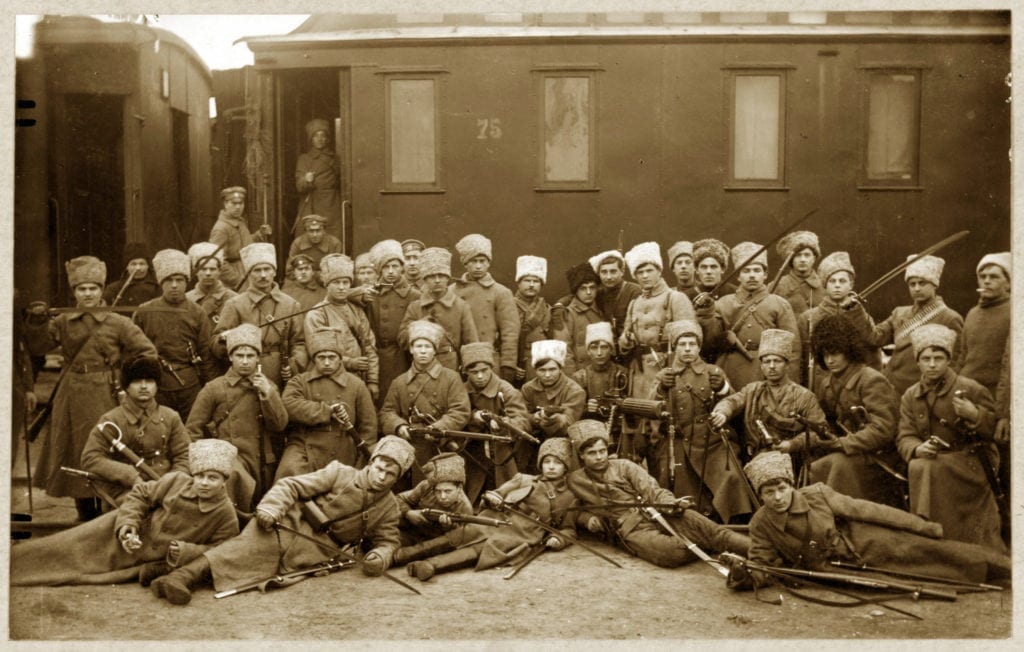 The Guts & Glory exhibition also is a unique collaboration among an author and historian, students and teachers at two Cedar Rapids high schools, a University of Iowa graphic novel artist and the staff of the NCSML to create an experience that includes virtual reality (VR), replica train cars, many period artifacts, and two dozen interpretive panels that tell the story in graphic novel form.

The main narrative in Guts & Glory comes from the book Dreams of a Great Small Nation, by author Kevin J. McNamara. McNamara will be at the NCSML for the exhibit’s opening, and will give public lecture there at 10:00 a.m. on Saturday, April 7, as part of the NCSML’s History on the 8’s lecture series for 2018.

Also present for the exhibit’s opening on April 7 will be Hynek Kmoníček , the ambassador of the Czech Republic to the U.S., and Jozef Polakovič, deputy chief of mission at the Embassy of the Slovak Republic in Washington, D.C.

The virtual reality (VR) scenarios of things that these soldiers experienced were created by a group of students at Iowa BIG in Cedar Rapids (www.iowabig.org) guided by teachers and assisted by a VR tech consultant. The three replica train cars in the exhibit were designed, built and installed by students from the Cedar Rapids Metro High School STEAM Academy (http://crmetro.cr.k12.ia.us/academics/steam/).

The more than two dozen, large-scale interpretive panels in the exhibit have a graphic novel or comic book feel provided by artist and illustrator Rachel Marie-Crane Williams of the University of Iowa faculty. Author McNamara, Williams and NCSML Curator Stefanie Kohn collaborated to create the storyline that will guide visitors through the exhibit. 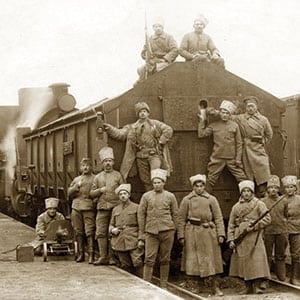 The Guts & Glory exhibition highlights the story of the Czech and Slovak Legion, whose fierce fighting helped secure the independence of the Czechoslovak nation. In 1917, this legion—a band of 60,000 Czech and Slovak POWs and deserters—found itself trapped in Russia. They used trains to travel across the country to the port city of Vladivostok where they hoped to find ships waiting to take them home. These trains were like rolling military posts, with cars designated as a post office, a medical office, a bakery, a tailor shop and other necessities of living. Along the way, the Legion challenged the authority of Russia’s communist regime, took control of a land corridor thousands of miles long, came within mere hours of rescuing the Czar and the royal family and literally made off with a king’s ransom.

Two videos produced by the NCSML provide overview introductions to the Guts & Glory exhibit—what it is about and how it came to be:

More information on the Guts & Glory exhibit is at www.ncsml.org/exhibits/guts-and-glory/

Following is information visitors to the NCSML should know about the VR experience in Guts & Glory: