NCSML opens "Jacob A. Riis: How the Other Half Lives"

Jacob Riis (1849–1914) was a pioneering newspaper reporter and social reformer in New York at the turn of the twentieth century. His then-novel idea of using photographs of the city’s slums to illustrate the plight of impoverished residents, many of them recent immigrants, established Riis as forerunner of modern photojournalism. “Jacob A. Riis: How the Other Half Lives” features photographs by Riis and his contemporaries, as well as his handwritten journals and personal correspondence. “Jacob A. Riis: How the Other Half Lives” opens June 16, 2021 at NCSML.

At the time these photos were taken, New York City was the epicenter of America’s thriving economy but spawned the worst slums on earth. The Danish-born Riis emigrated to America at the age of twenty, and after four years of living in poverty, he started a successful career as a newspaper journalist for the New York Tribune and the Evening Star. Riis worked at night as a police reporter, often seeing the less polished side of New York City, the new home to many immigrants from throughout Europe.

By taking photographs to accompany his newspaper articles, Riis first began documenting the lives of the impoverished and the places they lived and took refuge. With the development of flash powder, he was able to illuminate nighttime images of those living and working in alleyways, tenements, and sweat shops, among other squalid places in the city. His interests in writing about “how the other half lived” grew, and over his lifetime Riis wrote many books about the urban poor that included his photographs. 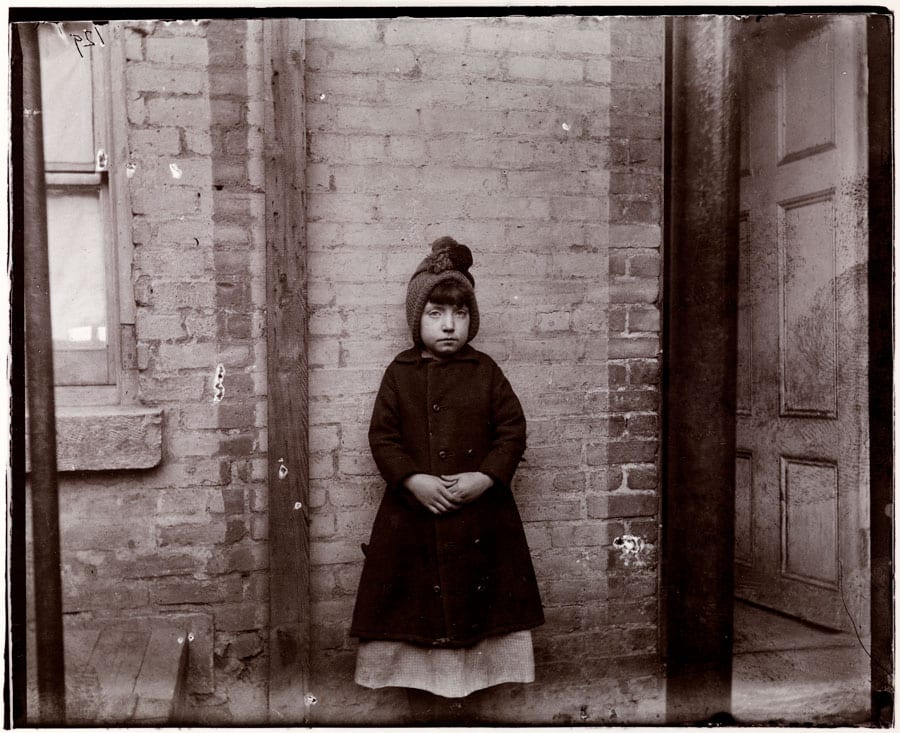 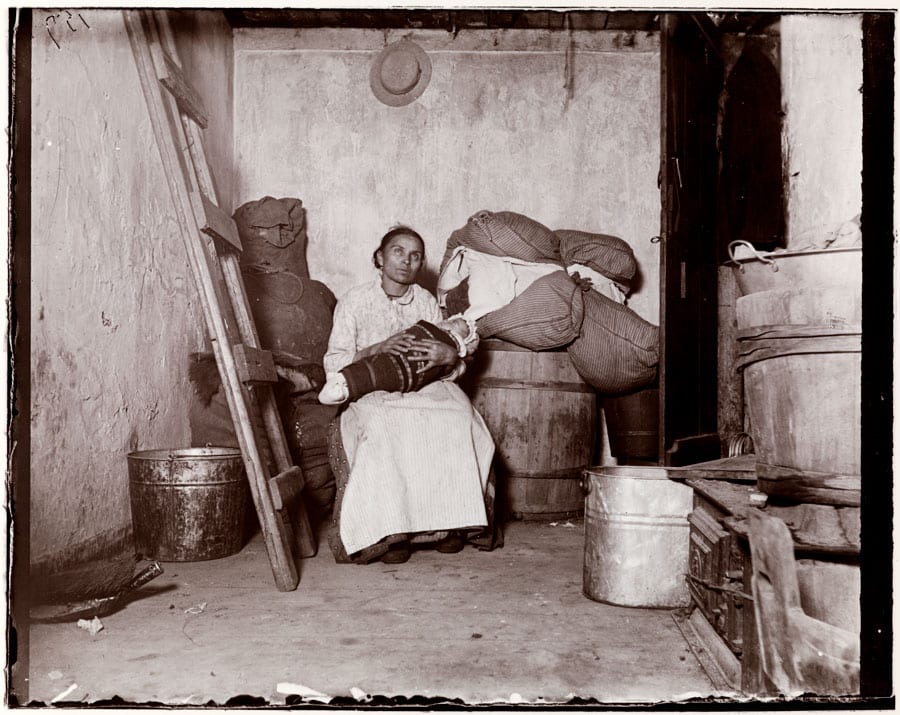 Feeling that more could be done, Riis gave his first lantern slide lecture (a precursor to today’s digital presentations) featuring his photographs in 1888. He captivated audiences with stories of his experiences and began to tour the country delivering lectures, often in a crusade to advocate and bring about changes for the marginalized.

Through his lectures, many books, and even his friendship with President Theodore Roosevelt (former Police Commissioner of New York), Riis advanced social reform in early twentieth-century America. His efforts led to increased awareness about the city’s underbelly and improved living conditions for children and adults. Riis considered himself a writer first, and his powerful images were not appreciated fully until a large trove of his glass negatives, lantern slides, and other photographs were pulled from the attic of his former home on Long Island in the 1940s, long after his death in 1914.

Visitors to the exhibition will experience a Riis presentation: immersive life-size photographs, artifacts, and personal documentation. This exhibition is made possible by the National Endowment for the Humanities. “Jacob A. Riis: How the Other Half Lives” is adapted from the exhibition “Jacob A. Riis: Revealing New York’s Other Half”, organized by the Museum of the City of New York. The exhibition was curated by Bonnie Yochelson and co-presented by the Library of Congress. It was made possible with major grants from the National Endowment for the Humanities and the Terra Foundation for American Arts, as well as support from D. Euan and Merete Baird, The Malkin Fund, Ronay and Richard L. Menschel, Queen Margrethe and Prince Henrick’s Foundation, C. Flemming and Judy Heilmann, Kan and Lotte Leschly, The Robert Mapplethorpe Foundation, and the John L. Loeb Jr. Foundation. It was adapted and toured for NEH on the Road by Mid-America Arts Alliance.