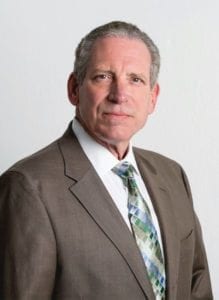 Growing up, Steve’s parents challenged him to be open to all diversity – of thought, religion, cultures, social status, ethnicity, everything – and that process led to a life of learning as much as possible to see from different perspectives. When the NCSML mission and direction increased educational programs’ use as an important function to teach about freedom and human dignity, a special synchronicity occurred. “It all came together for me.  It is who I am,” Steve said as he explained how he decided to create a challenge of his own – the community fundraising challenge for the NCSML underway now.

Steve grew up in Cedar Rapids where he became familiar with the Czech and Slovak cultures.  As an adult, he moved to Chicago and returned to Cedar Rapids in the early ‘90s.  Attending the 20th Anniversary Evening in 1995 — when the NCSML building was dedicated by United States President Bill Clinton, Czech President Václav Havel, and Slovak President Michal Kováč — triggered Steve’s interest in the museum and its work.  He was an early supporter of Slovo magazine (Slovo is a membership benefit; join here) and he first joined the NCSML board in 1997.

Steve cites characteristics often attributed to Czechs and Slovaks, such as frugality and work ethic, and says he believes those tendencies are common among many people.  He said the Czech and Slovak balance of frugality and generosity is particularly indicative of their sense of taking care of oneself while helping take care of those in need.

He added that all people have a sense of the preciousness of freedom, but that the Czech and Slovak experiences are particularly poignant and timely now.

Steve believes in the NCSML’s mission, and its importance. He initiated the Community Challenge to attract new supporters, inspire current ones, and re-connect past supporters in order to help fund the many ways that the NCSML and its programs help people learn about freedom, dignity and human rights.