NCSML recently received a set of photos and a periodical that were from the time of the August 1968 Soviet invasion of Czechoslovakia. The photos (and those in the periodical) were taken in Prague and present a chilling parallel to the current 2022 Russian invasion of Ukraine and the attack on Kyiv.

“The National Czech & Slovak Museum & Library condemns the unilateral, unjustified act of military aggression the Russian Federation has taken against Ukraine in its invasion of the independent country.

Russia has crossed the red line. Not only the present, but future history stands on the side of justice, peace, and democracy for all. The National Czech & Slovak Museum & Library acknowledges and recognizes the devastation this military invasion will cause, as there are startling parallels between this invasion and past invasions of former Czechoslovakia. We hope and pray that this ongoing aggression by Russia will stop. We at NCSML are dedicated to preserving our democracy and maintaining a world of peace and freedom.” 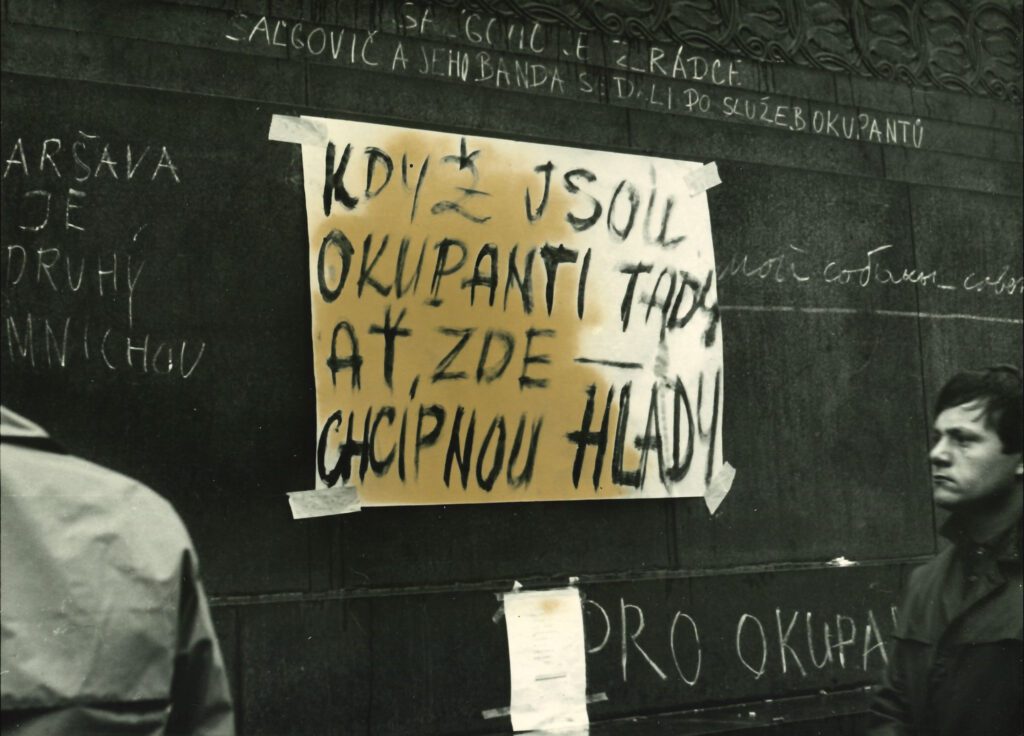 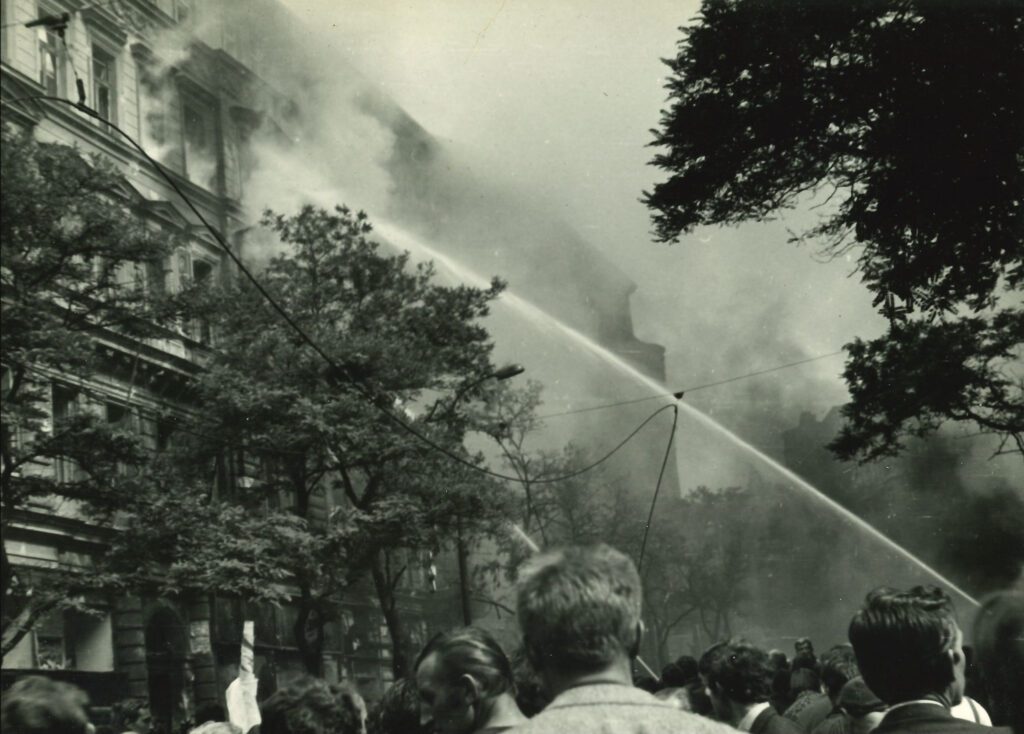 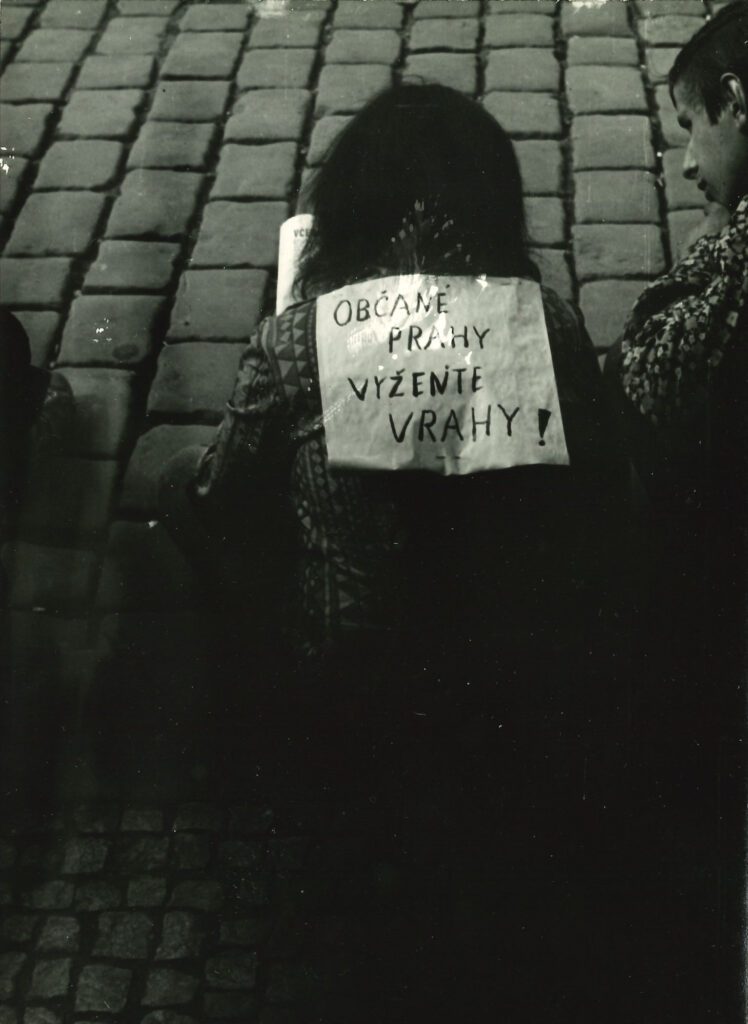 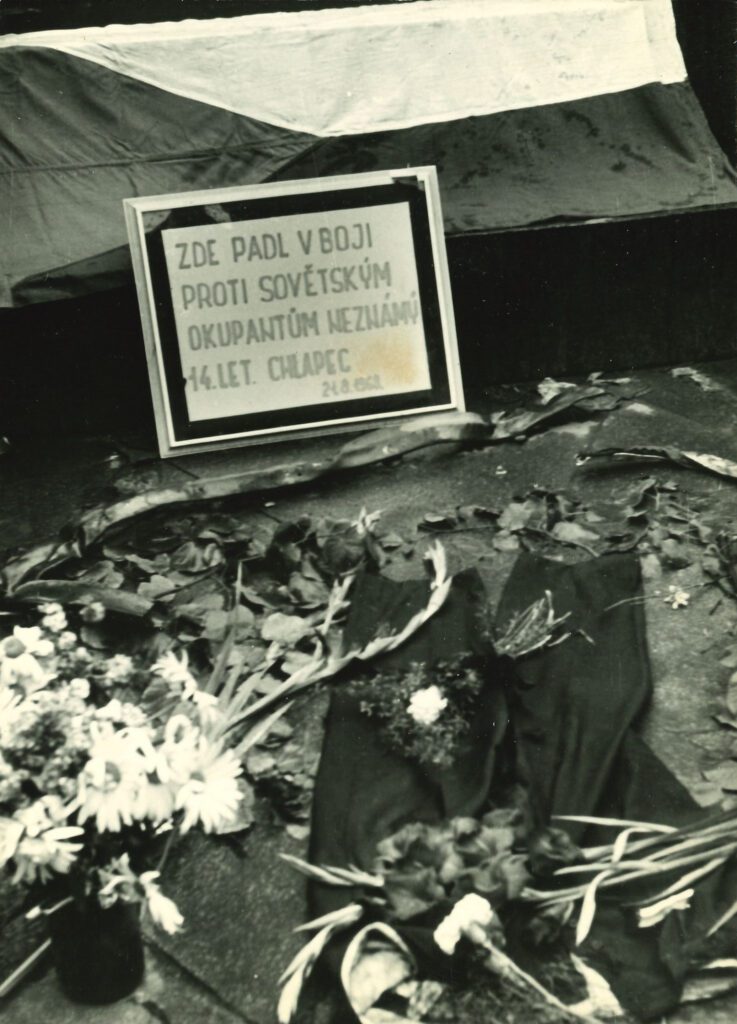 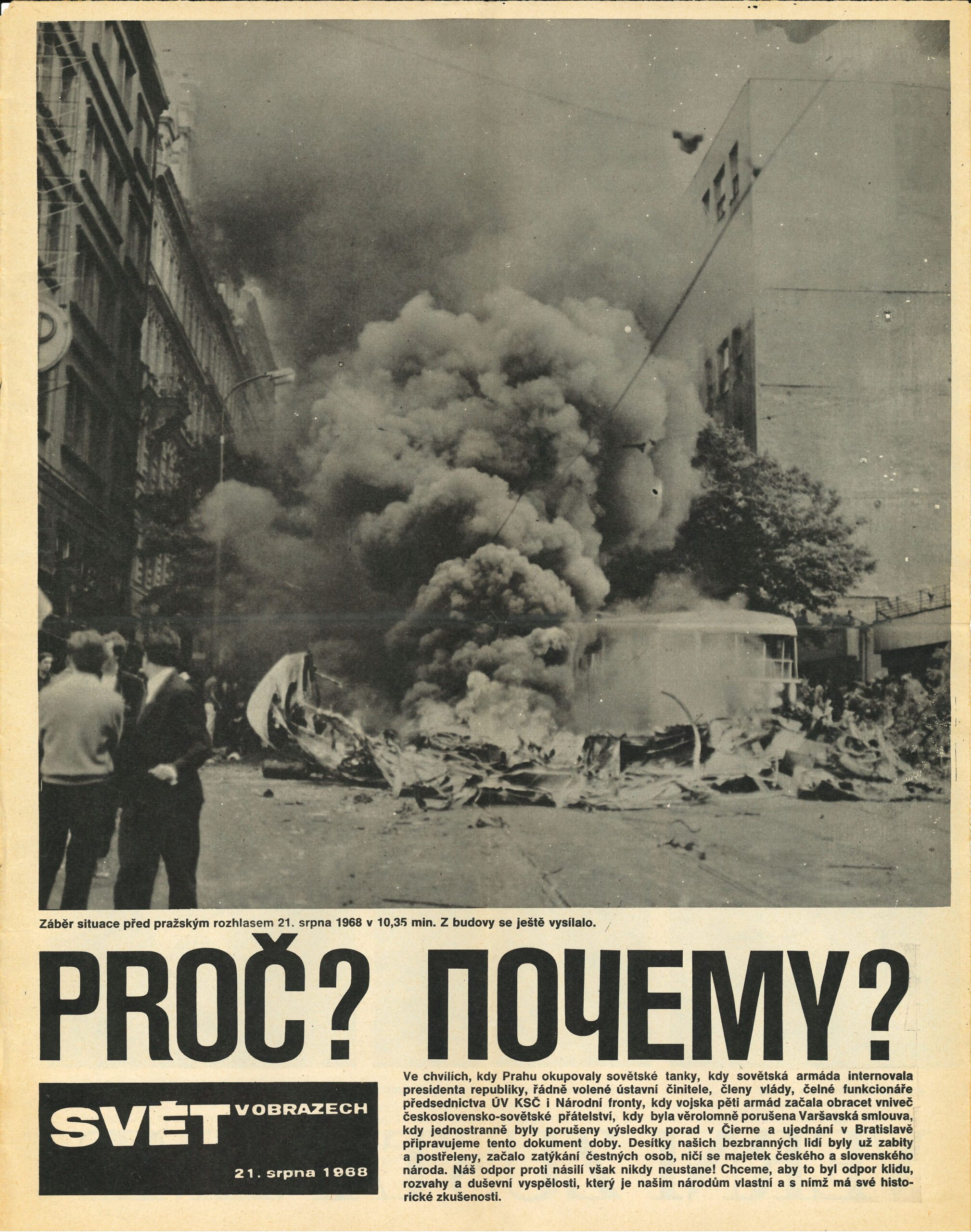 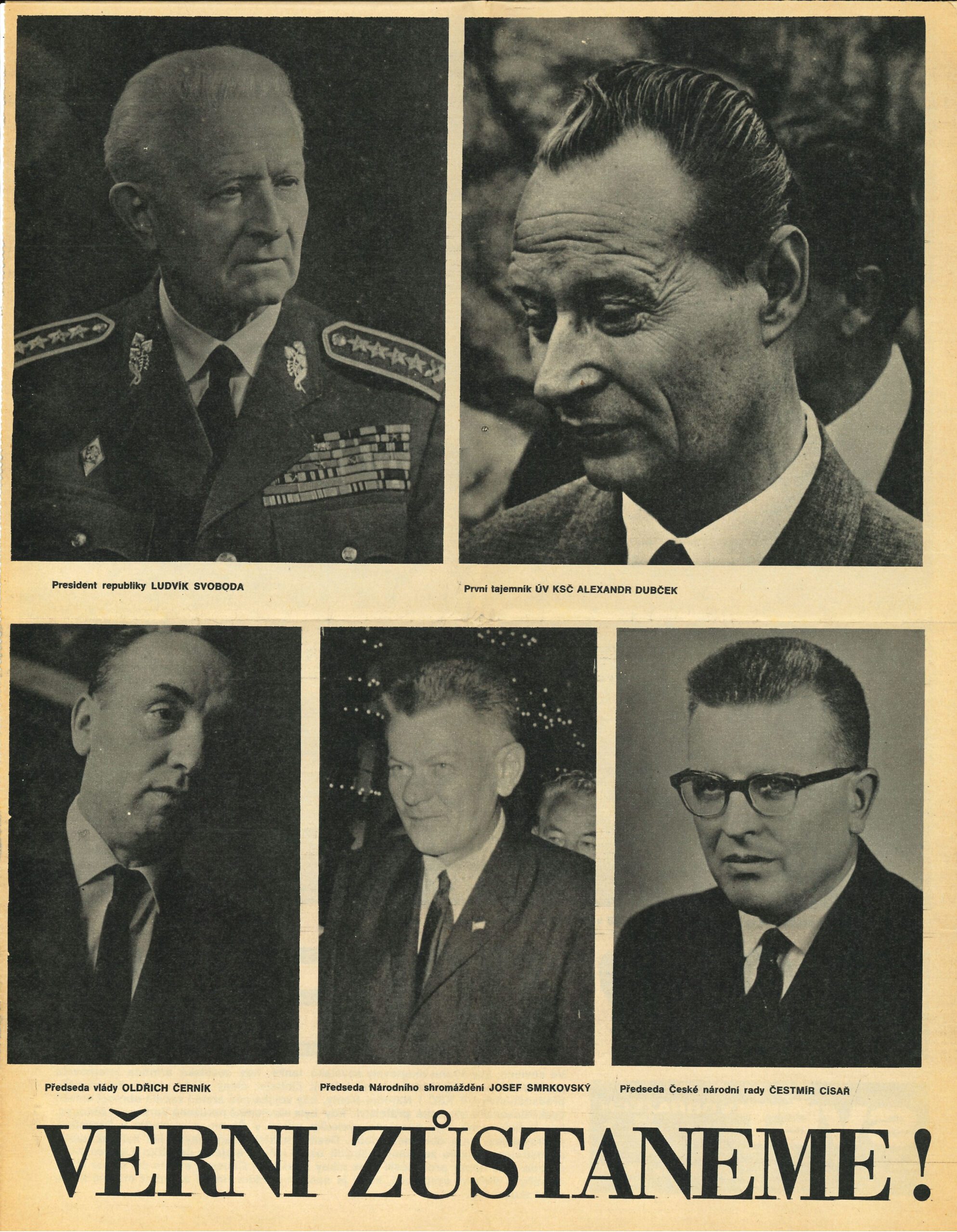 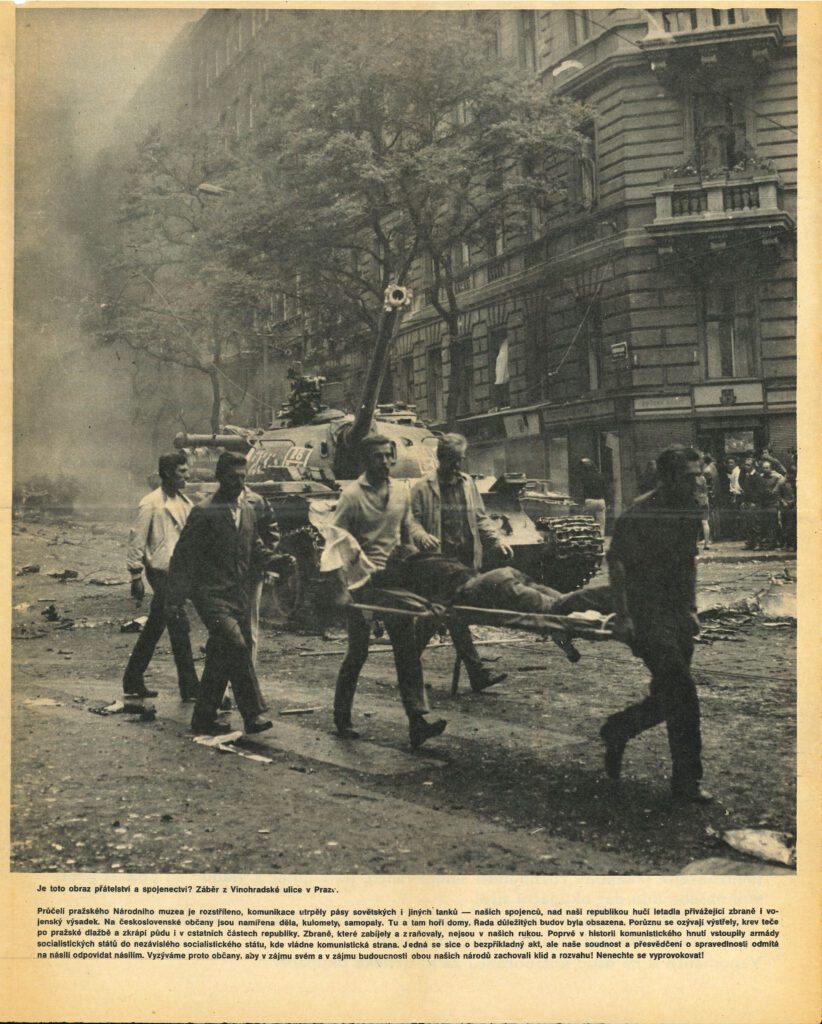 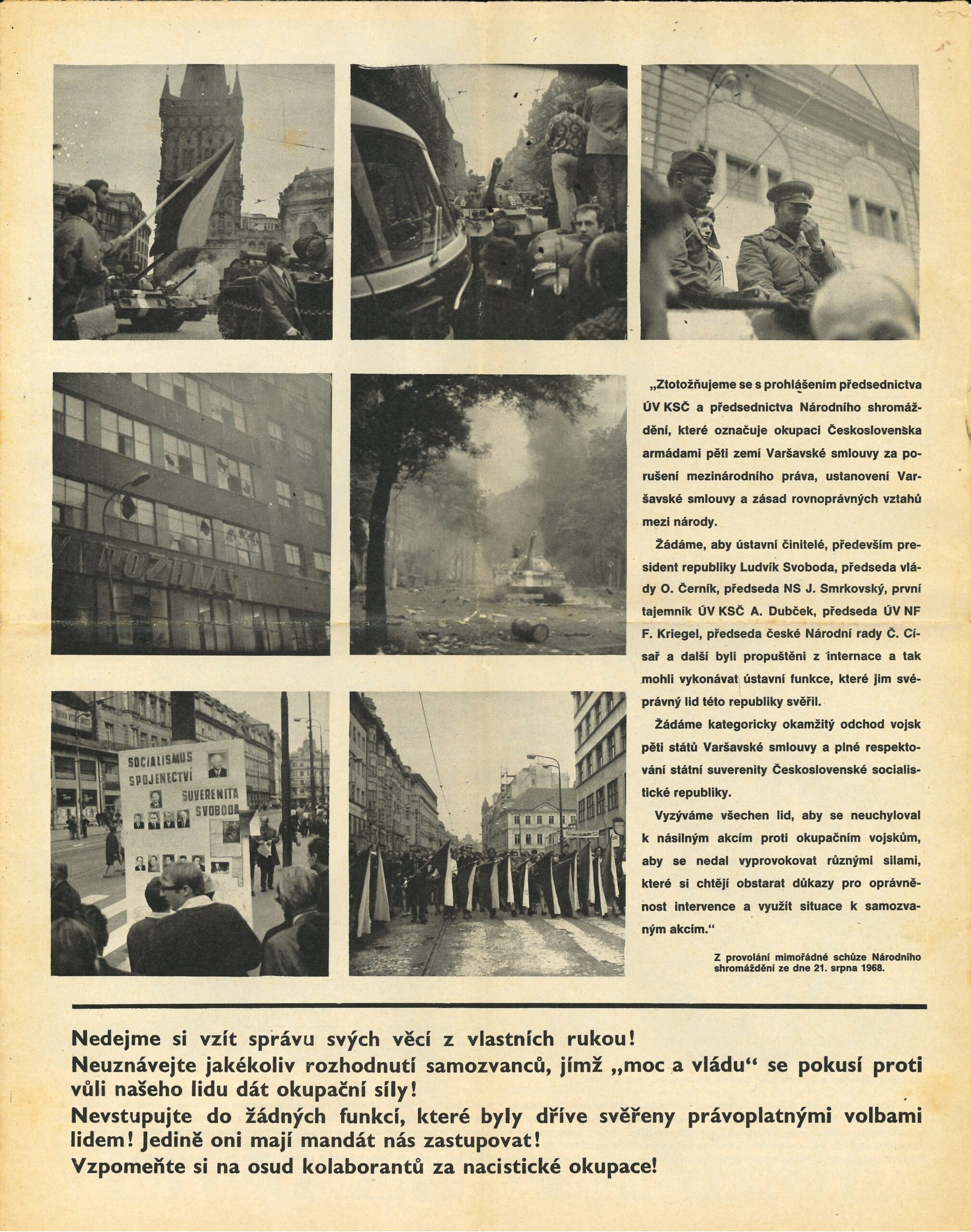 Neuznávejte jakékoliv rozhodnutí samozvanců, jímž “moc a vládu” se pokusí proti vůli našeho lidu dát okupační sily! Nevstupujte do žádných funkcí, které bily dříve svěřeny právoplatnými volbami lidem! Jedině oni mají mandát nás zastupovat! Vzpomeňte sin a osud kolaborantů za nacistické okupace! Let's not take the administration of our things out of our own hands! Do not accept any decision of the self-advocates that "power and government" will try to give the occupying forces against the will of our people! Do not enter any positions that were previously entrusted to the people by valid elections! Only they have a mandate to represent us! Remember the sin and fate of the collaborators during the Nazi occupation!