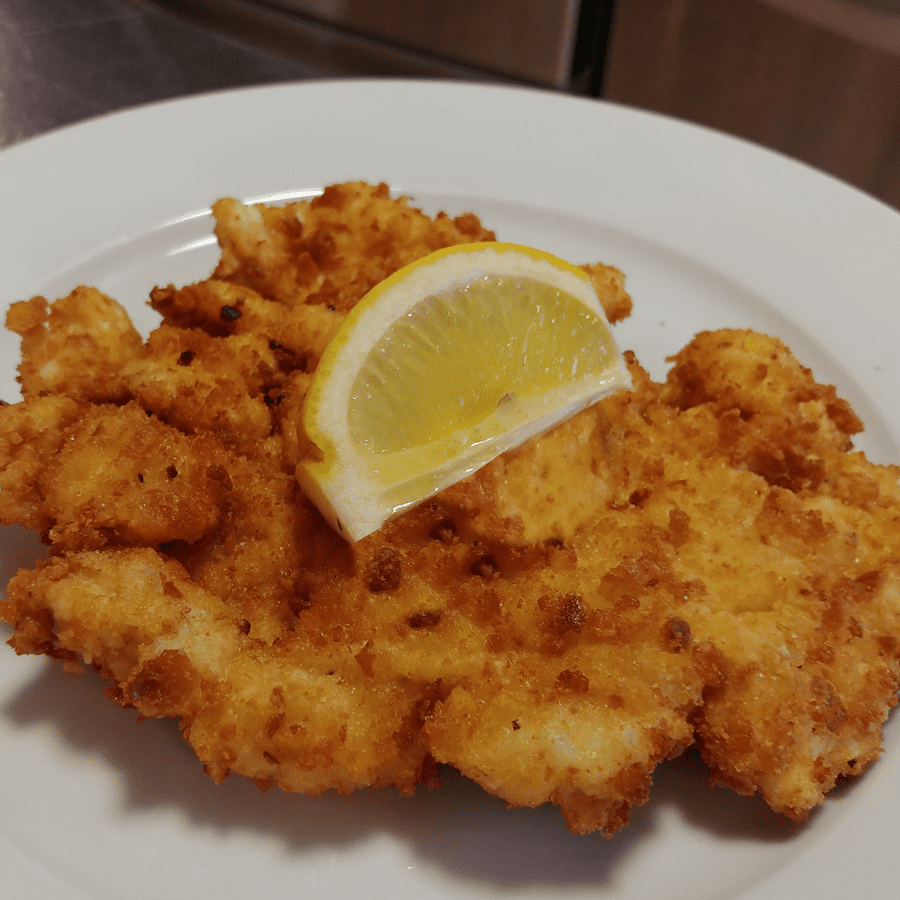 Pea soup is one of the most traditional Christmas meals in the Czech Republic, served as a smaller appetizer portion before main courses. It is unbelievably delicious and easy to prepare. In this class, we’ll be preparing pea soup alongside a little bit more modern Czech Christmas meal, Schnitzel with homemade potato salad.

Schnitzel originated in Italy and by the mid-19th century got to Vienna, the capital of the Austrian Empire. The Viennese removed the traditional use of Parmesan and made a few other changes to the original recipe, and the traditional Viennese schnitzel was born. Because the Czech and Slovak Republics were once part of the Austro-Hungarian Empire, this dish remains popular in the Czech Republic’s culinary culture. The Czech name for this meal is “Řízek”, and is commonly prepared from chicken, pork, or veal.

As a side dish, we are going to prepare Czech potato salad totally from scratch.

Join us from the comfort of  your home on Zoom and learn from Czech-born Chef Tom Slepicka in these hands-on interactive classes.

Slepicka graduated from culinary school in his hometown, Brno, located in the Czech Republic. While still in school, he established a successful full-service catering company which operated in the Czech Republic, Slovak Republic, and Austria. Slepicka moved to the U.S. with his wife in 2014. From 2015-16, he operated the Czech Deli at the NewBo City Market. The goal of his courses is to make tasty and high-quality meals accessible to everyone.

Series VIII is a combination of new classes as well as a repeat of successful Christmas classes from last year. If you missed last years classes or would like a refresher on technically demanding classes such as Vánočka or the May-beetle cookie, this is an excellent opportunity.

After registering, you will receive a confirmation email containing information about how to access the class. Participants will need high-speed internet and a computer, tablet, or smartphone to access the course content. To interact with the chef during the class, you will also need a webcam and microphone. The recipe, tools needed, and any prep you might need to do ahead of time will be emailed a week before each class, so you can purchase the ingredients and cook along with the chef during the class.

For additional information or need assistance or an accommodation for any ticketed programs or RSVP events, please call 319-362-8500 or email info@ncsml.org.