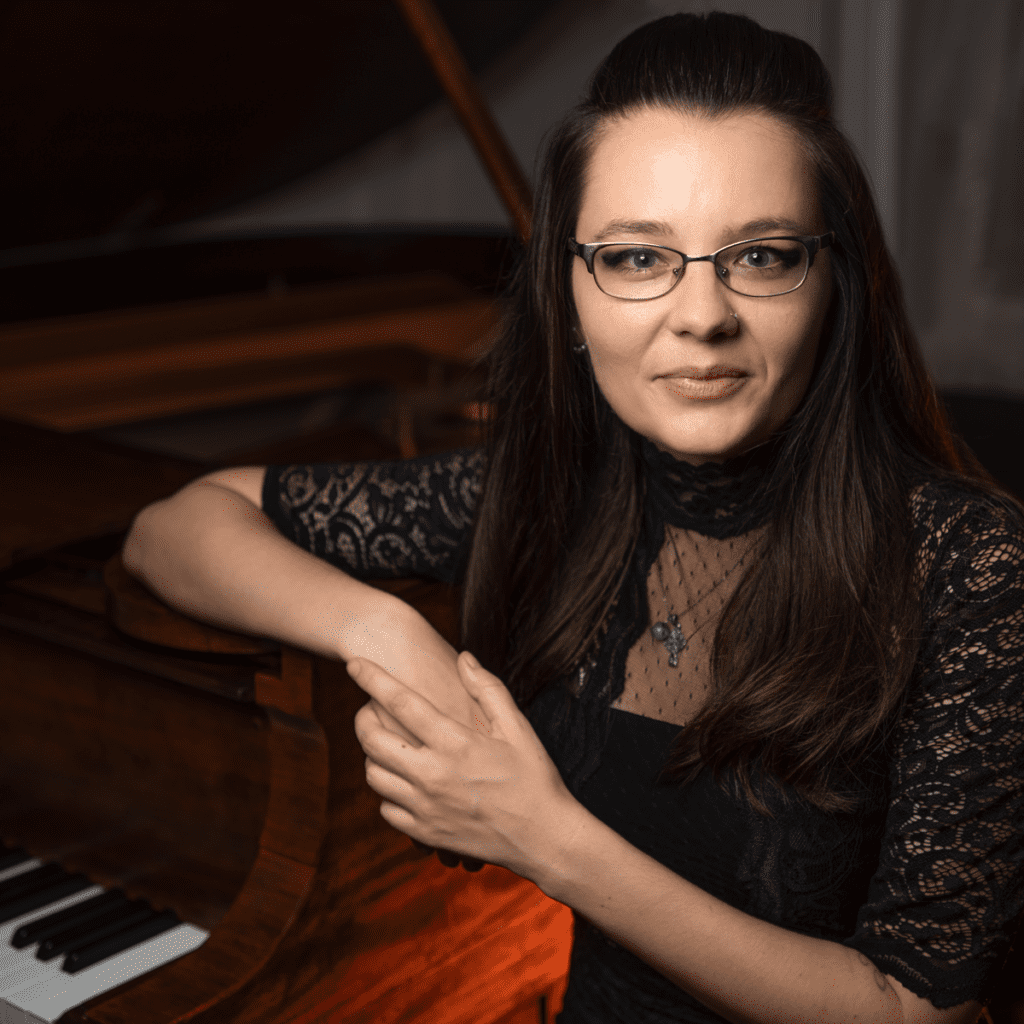 Pianist Dr. Katelyn Bouska will perform a moving recital consisting of work from “Fragments from a Woman’s Diary” by Ruth Schönthal and other deeply personal works by Czech, Ukrainian, Polish, and American women composers.

About the program:
In the looming face of the second world war, 10-year-old Ruth Schönthal and her family fled Germany. They would spend the next decade seeking safety in Sweden, the USSR, Japan, and Mexico before finally settling in New York. At the end of her remarkable life, Schönthal distilled these experiences into nineteen crystalline miniatures, “Fragments from a Woman’s Diary.”

Some celebrate profound simplicity, the playfulness of childhood or the first blush of love and marriage. Others delve into deeper tragedies exploring the dark places of despair and anger. In this program, woven between these musical fragments, are other deeply personal works by Czech, Ukrainian, Polish, and American women composers: Vitězslava Kaprálová attempting to escape the gestapo invasion in Paris, Ivana Loudová capturing the bright images of her native Prague behind the Iron Curtain, or virtuoso Marie Szymanowska recording her native Polish dances during Russian occupation.

About Dr. Katelyn Bouska:
With interpretations described as “full of life, flexibility, gripping rhythms and a richness of dynamic shadings” (Milan Bátor, Český rozhlas) and a skill at engaging audiences in the musical dialogue, Dr. Katelyn Bouska is a frequent solo and collaborative musician. Her unique programming combining rarely-heard Czech and American music with music being written specifically for her by rising composers has found an audience throughout the United States and on the international concert stage.

Katelyn is currently based in Philadelphia where she serves on the Music Studies Faculty at the Curtis Institute of Music. Her commitment for informed and personal musical expression extends beyond her piano studio into seminars on performance practice, continuo and period repertoire, and bringing to light music covered by the passage of time.