Czech innovations out: Czech Republic — the country for the future 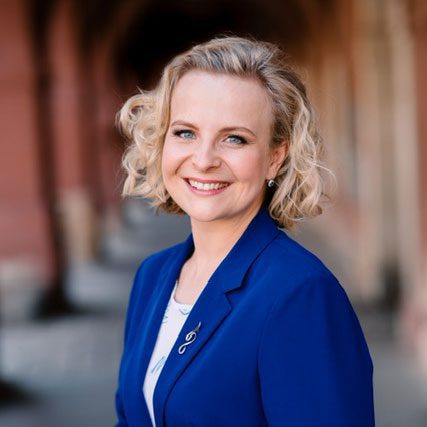 Czechia has committed itself to become an innovation leader by 2030 — almost one hundred years after Czech writer Karel Čapek first coined the word ‘robot‘ without knowing how important the process of ‘robotization‘ would eventually turn out to be. How does the Czech government intend to become an innovation leader? Many inventions and discoveries of Czech origin have served the whole world, however, what are some of the key technological domains research institutions and Czech companies currently offer? And can foreign missions support them in their endeavors? Join Dr. Monika Bokšová, Head of Trade and Economic Section at the Consulate General of the Czech Republic, to learn more about what the future holds for Czechia, where they are going, and the challenges ahead.

Monika Bokšová currently resides in Chicago. In July 2021, she joined the Consulate General of the Czech Republic as the Head of Trade and Economic Section, overseeing the consulate’s trade, economic, and investment engagement in the American Midwest. Prior to this, she worked at the Ministry of Industry and Trade, Ministry of Justice, and Office of the Government of the Czech Republic.

Academia has been an integral part of her career. Since 2016 she has been teaching and developing both undergraduate and postgraduate courses at universities in the Czech Republic and also in the USA (City University of Seattle). Her research interest falls within the fields of International Relations and International Political Economy, with the emphasis on the European Union. She obtained her Bachelor and Master’s degrees in Political Science at the University of Economics in Prague, followed by a Master’s degree in Advanced International Studies from the Diplomatic Academy of Vienna. Most recently, in 2018, she successfully completed her PhD studies in the field of International Trade at the University of Economics in Prague. Being an active part of her community has always been important to her. In 2019, she started to cooperate with Hestia -The Centre for Volunteering in Prague and took care of children who have problems finding friends due to educational, social, or other disadvantages.